In the early fall of October 2007 forty-five organizations, community members and individuals representing native business owners and artisans, tribal economic developers, non-profits, education institutes, legal advisors, community development corporations, financial institutions, county, state and federal agencies began meeting in response to the limited native-owned small business development occurring throughout the state. Up to that time, most of these organizations were operating alone and had realized limited impact and success in small pockets of the state. Forming the alliance created momentum in an environment where “shared leadership” became the model, resulting in greater focus and impact while leveraging each partner’s expertise and resources.

The focus on relationship building and keeping the entrepreneurs front and center in our work together was a foundational value, as well as working with our communities and tribal leadership.

It was during this time the group decided to host a statewide Indian Business Conference with the intent of refocusing the conversation on native small business development.

On October 27-28, 2008 the MN Indian Business Conference was held and refocused the discussion on native-owned small business development from one that pursues a variety of strategies in random order, as opportunities happen to present themselves, to one that promotes a focused “building-block” approach to business development.  The approach recognized that certain fundamental issues often stand in the way of unleashing the full potential of economic growth in Native country. At that time, the issues only focused on four building blocks; governance, infrastructure issues, access to adequate financing and business-related resources.

On December 2, 2008 current alliance partners, conference attendees, community members and other interested parties gathered to build and formalize a new statewide alliance dedicated to the growth of native-owned businesses in Minnesota, hosted by the Initiative Foundation. The Minnesota Indigenous Business Alliance (MNIBA) begins.

It was at this time that MNIBA adopted a quote as our way of being as an organization.  This quote was shared by Rick Smith from Dr. Rosemary Christiansen of the Mole Lake Band of Lake Superior Chippewa:

When you treat human beings with Respect;
Relationships will be established,
and Reciprocity will occur.

On February 15, 2012 members of the leadership team and community met with a facilitator to create a strategic plan. It was during this time that MNIBA adopted a new mission statement and tag line.

MNIBA continues to grow and attract new partnerships and capture positive attention, resource sharing and momentum statewide. The success and impact on native communities that has culminated through this organizational collaborative and partnerships have resulted in the following: 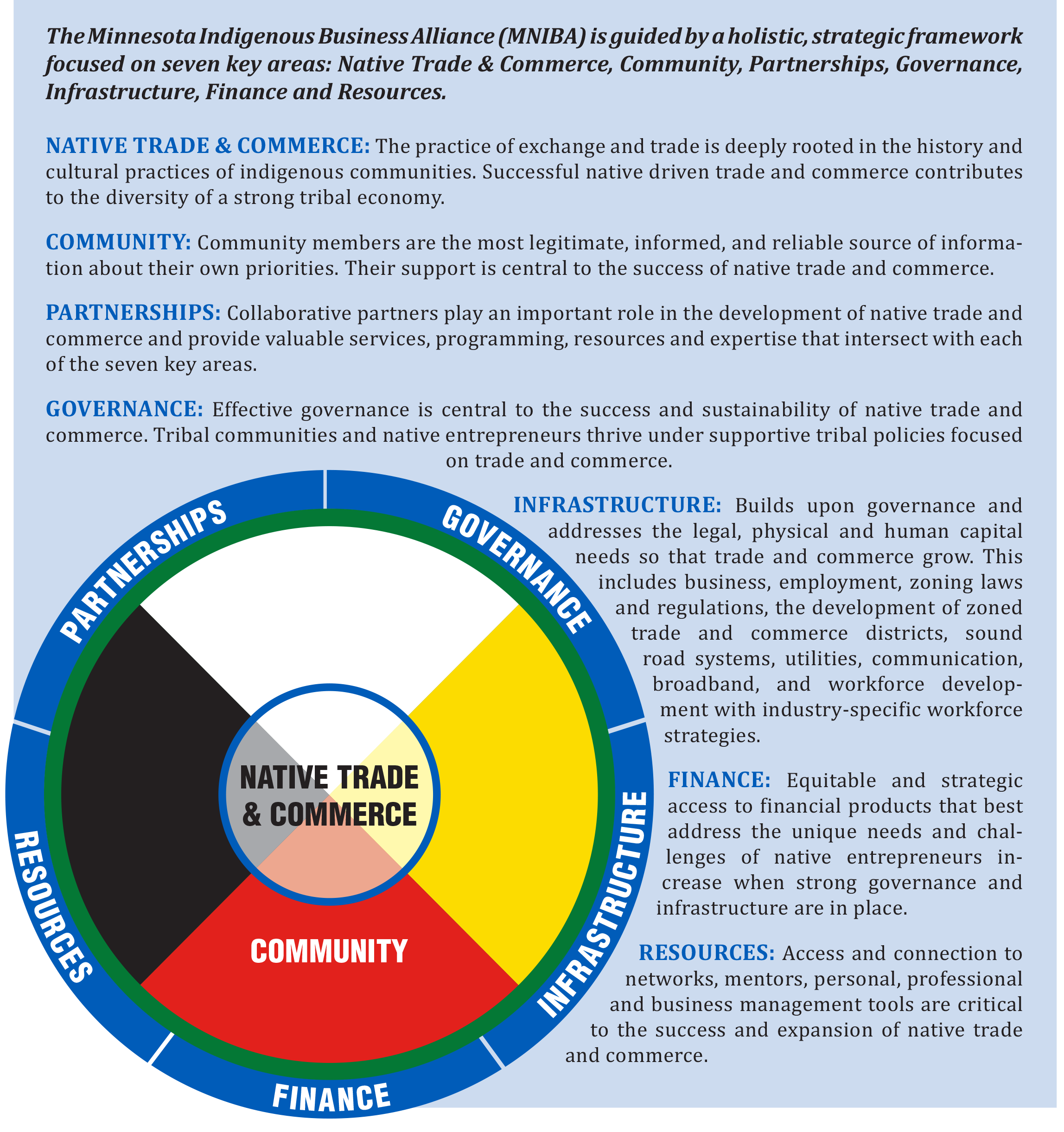