First-time Author Tashia Hart Shares Her Story Behind the Story 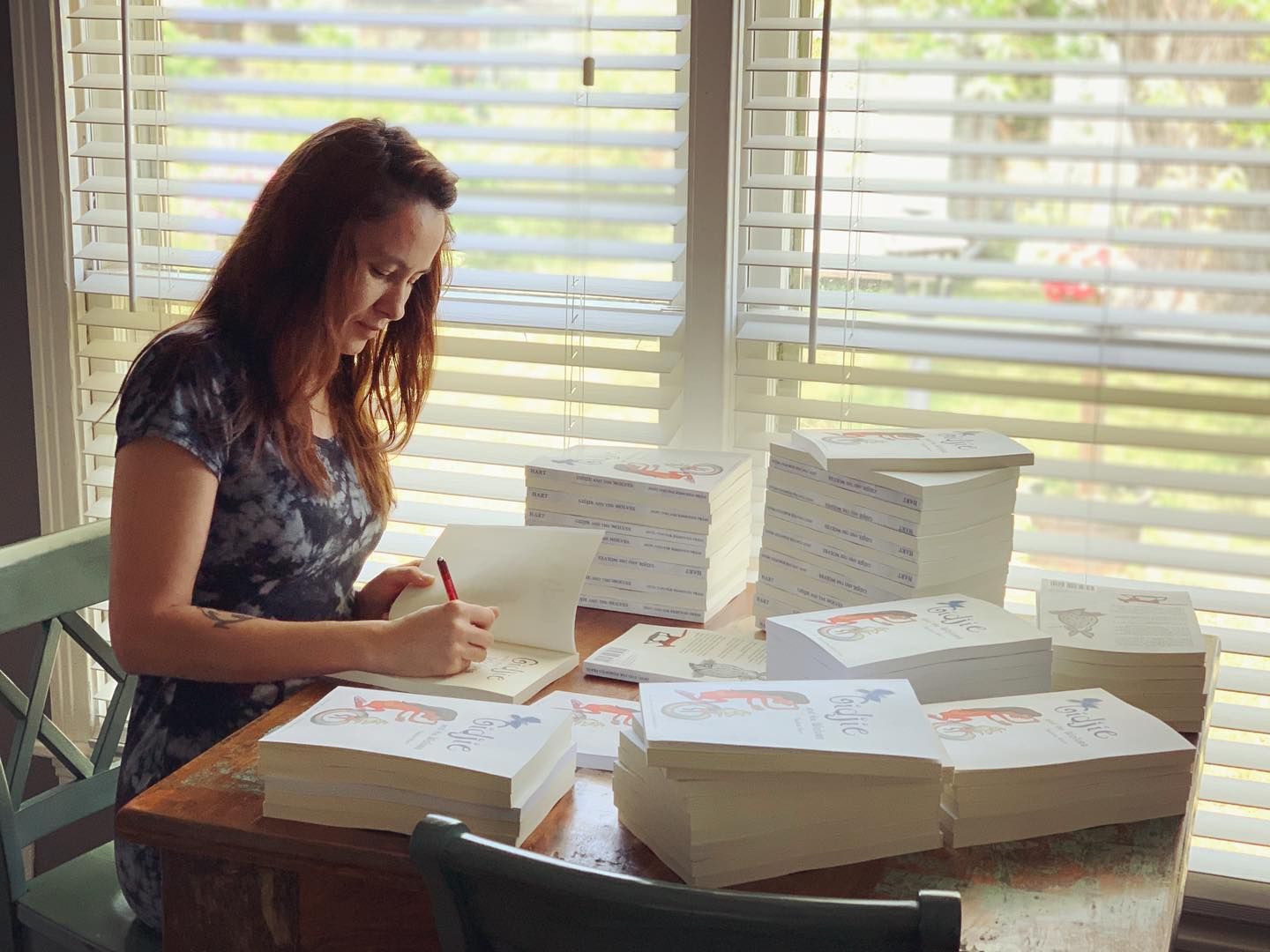 Tashia Hart is a self-driven, ambitious writer from Minnesota who published her first book, “Gidjie and the Wolves” on her own accord, after publishers expressed they were unable to relate to her characters. Her characters are animal people that came from a series of dreams she had between the winters of 2017 and 2018.

Although this is her first book publication, it’s not her first attempt at writing a book. She has tried to write a book more than a few times from 2010 through 2014 while getting her Bachelors of Science at Bemidji State University. Throughout her attempts, she shared that she couldn’t get the depth of characters she hoped for.

Tashia Hart is Red Lake Anishinaabe. While growing up, she spent a lot of time all over Minnesota, but mentions most of her time being spent in Red Lake. “Even though we lived throughout Minnesota, it wasn’t ever for long and we always ended up back in Red Lake,” says Tashia Hart.

Writing has played a special role in Tashia’s life—she fell in love with it at 8 years old and contributes it to saving her life. She’s written poetry, short stories, and countless personal journals. Writing is her medicine.

After various attempts to write a book, she recalls in 2015 that her difficulty in developing the depth of her characters was something going on in her own life at the time—post traumatic stress disorder. She realized she had to revisit her own story, face the depth of her own character and took time off to address some of her personal difficulties.

Her parents separated at the age of 9 and she moved to Kansas and then Arkansas while living with her mother. She returned back home to Minnesota 4 years later. “My dad, who stayed in Red Lake, would mail me things from time to time from home—wild rice, one of his shirts,” says Tashia. “But one of them continues to stand out to this day—‘Walking the Rez Road’ by Jim Northrup.”

“To open and read words that sounded like they were being spoken from people described in the book was really comforting for me,” says Tashia. “It felt like I was back home, on the rez.”

During her time-off, Tashia wrote “Girl Unreserved,” a novella loosely based on her own coming-of-age story. “After I wrote, I sat and thought about how it made me feel for a couple of years,” says Tashia. “I finally started feeling like I was starting to patch myself back together.”

“In 2017, I put down my asema and approached writing again,” says Tashia Hart. “Not very long after, I prayed about it and that's when the dreams came.”

Gidjie and the Wolves has been a lifelong story in the making that started long before Tashia realized. It includes characters that visited Tashia in her dreams after she prayed about it, realizing another chapter in her life was unfolding.

She recalls that the characters in her dreams were animal people, set out to help her and encourage her. Her dreams occurred well into 2018, which was when she felt she was ready to start writing another book. In the middle of her writing, is when she realized what she was writing about and who she was writing to.

“Halfway through, I realized that what I was writing was for kids,” says Tashia. “I wanted everybody to read the book.”

In her words, Gidjie and the Wolves is a highly imaginative alternative to modern American culture. She says, “Gidjie is about the dehumanization of indigenous people and the disrespect for our animal relatives and the earth"

Gidjie is short for gijigijigaaneshii, the Ojibwe word for chickadee. The Ojibwe have a belief that the chickadee represents the spirit you want to see in the world. It comes from the story of when the chickadee pleaded with the Great Spirit to save the Tamarack tree from its vainness, and as a reminder that is why the Tamarack tree, often confused for an evergreen, looses its needles every autumn, rather than its life. Gijigijigaaneshii is a reminder to others that it is always better to be kind and merciful than it is to be vain and selfish.

“Gidjie is also about knowing and trusting yourself and your abilities while also respecting and appreciating each other’s differences,” says Tashia. “It’s about finding place.”

“The story also requests that we, as humans, collectively take a good look at how we view and treat our animal relatives,” she says. “I think the animals are wanting to be listened to, acknowledged, and respected for their innate gifts they bring to the world.”

“They are closer to the earth than we are, and I think they want us to rejoin them and live better with our earth.”

Gidjie and the Wolves is an answer to her prayer.

After she finished writing Gidjie and the Wolves, she sent hundreds of copies to publishers. It wasn’t until a
year later, that she heard something back—that Gidjie is too different compared to other stories to market.

So, she started her own publishing company—Not Too Far Removed Press.

Because of her own experience with publishing, she hopes Not Too Far Removed Press will make publishing easier for writers, particularly Indigenous writers. “It’s an entrepreneurial approach to getting stories out there similar to the food sovereignty movement,” says Tashia. “I want our people to be a part of the literature, which features our traditional stories and storytelling.”

When asked what she hopes Gidjie and the Wolves will inspire in readers is to simply "feel comfort in my book like ‘Walking the Rez Road’ did for me,” says Tashia. “I want them to have a feeling for home. I want people to belong to this book.”

“One of the things that I also hope this book is able to do for people, especially young people, or people trying to find their place, is to inspire them to reconnect,” says Tashia. “There are just not enough books that encourage young ones to connect with who they are.”

Gidjie and the Wolves isn’t our last experience with Gidjie, however. She’s already working on "Gidjie and the Island of Moon" and "Gidjie and the Ancients' Pact" with a possibility of two more novels. Tashia gives us a some hints: “Gidjie meets and teams up with other ‘shinaabs (short for Anishinaabe) and fight for tribal sovereignty while addressing environmental issues such as the human impact on the landscape.”

You can order Gidjie and the Wolves at tashiahart.com, follow her on Facebook, or find her book at Birchbark Books, Amazon, and e-book. The list of stores and distributors continues to grow for Tashia and in the midst of the COVID-19 pandemic, she's excited to share her stories with the world.